You might think this site is all about cars. Okay, I admit that they do occupy a significant part of the site. But that’s only because it’s my job to test drive new cars and write about the Japanese auto industry for a dozen or so publications in the US, Europe, Australia and Japan. I write for titles which include Motor Trend, Autocar, Evo, Quattroruote, the Herald Sun and Motor Magazine. 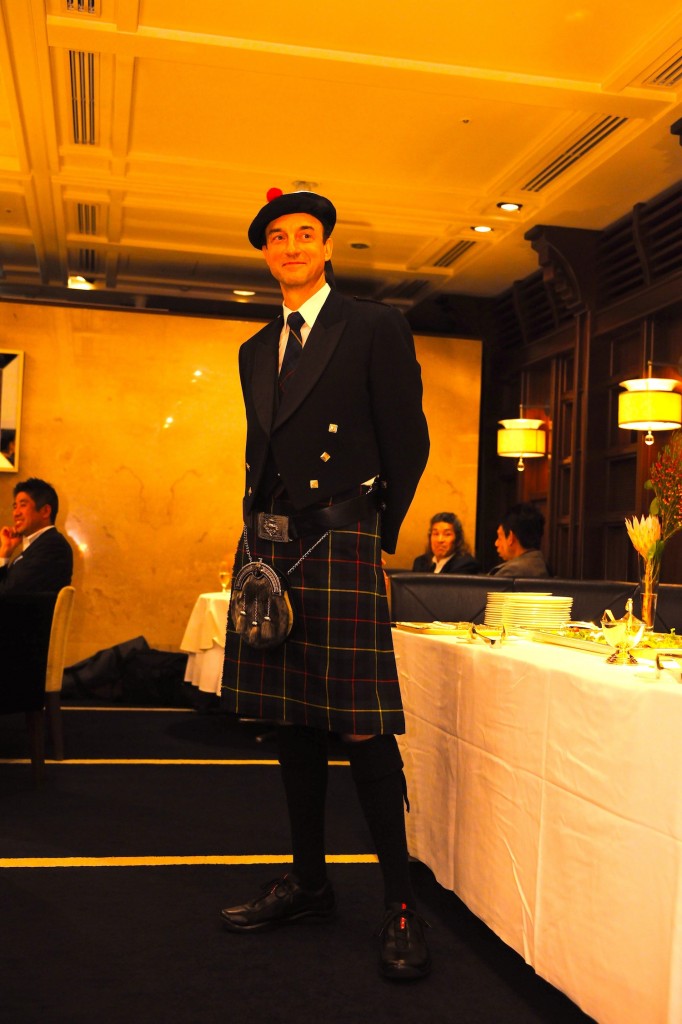 I am a fourth generation Scot. My great-grandfather migrated to Perth, Australia from Scotland exactly 100 years ago as a soccer player. He married a German lady in 1912 which means that I have Scottish and German blood, mixed of course with British blood from my  mother’s side.  In 2009, I managed to catch up with a distant relative, 85-year-old Susan Lyon, who lives in Horsley, England. On my 50th birthday last year, I celebrated by wearing the kilt (in my clan’s tartan colours) I bought in Edinburgh and entering the hall led by a bagpiper playing Scotland the Brave.

I have also raced a Mazda MX-5 in Japan’s one-make sprint series for the last decade, managing to log up one pole position, and several podium finishes. My racing experience culminated in 2010 when I piloted a Lexus IS-F in the Nurburgring 24-hour endurance race. Co-driving with ex-Indy racer Hideshi Matsuda, Gran Turismo’s creator Kazunori Yamauchi and British motor journalist Owen Mildenhall, we placed 4th in class and 59th overall out of 197 starters.

As for living and working in Tokyo, it was a blast for 23 years, until, that is, the earthquake and tsunamis changed things forever. This disaster has forced many of us to rethink life in Tokyo, and our futures.

I am a huge fan of Tokyo’s multi-cultural cuisine scene which I think is the best in the world. And the wine selection just keeps getting better, too. Oh yeah, and it’s also one of the safest places (in terms of crime) on the planet, even if the ground does shake quite a lot these days!  We all, and that includes Japanese and expats, want to continue enjoying this city, but the curve balls that nature has thrown at us will change life in Tokyo significantly. At this stage, with the constant aftershocks and the unsolved nuclear reactor issues, we are pretty much playing things day to day…