The top three finalists in each World Car Awards category (World Car of the Year, World Performance Car, World Green Car and World Car Design of the Year) were revealed at the Geneva Motor Show on March 1.

All four winners will be declared at the New York International Auto Show on Thursday, April 21, 2011.

From an initial world-wide entry list of thirty-nine (39) new vehicles, then a short list of ten finalists, the top three contenders for the overall 2011 World Car of the Year title are, in alphabetical order:  the Audi A8, the BMW 5 Series and the Nissan LEAF.

The top three finalists for the 2011 World Performance Car award are, in alphabetical order: the Ferrari 458 Italia, the Mercedes-Benz SLS AMG and the Porsche 911 Turbo.

Meanwhile, the top three design finalists as chosen by the jurors for the World Car Design of the Year are, in alphabetical order:  the Alfa Romeo Giulietta, the Aston Martin Rapide and the Ferrari 458 Italia. 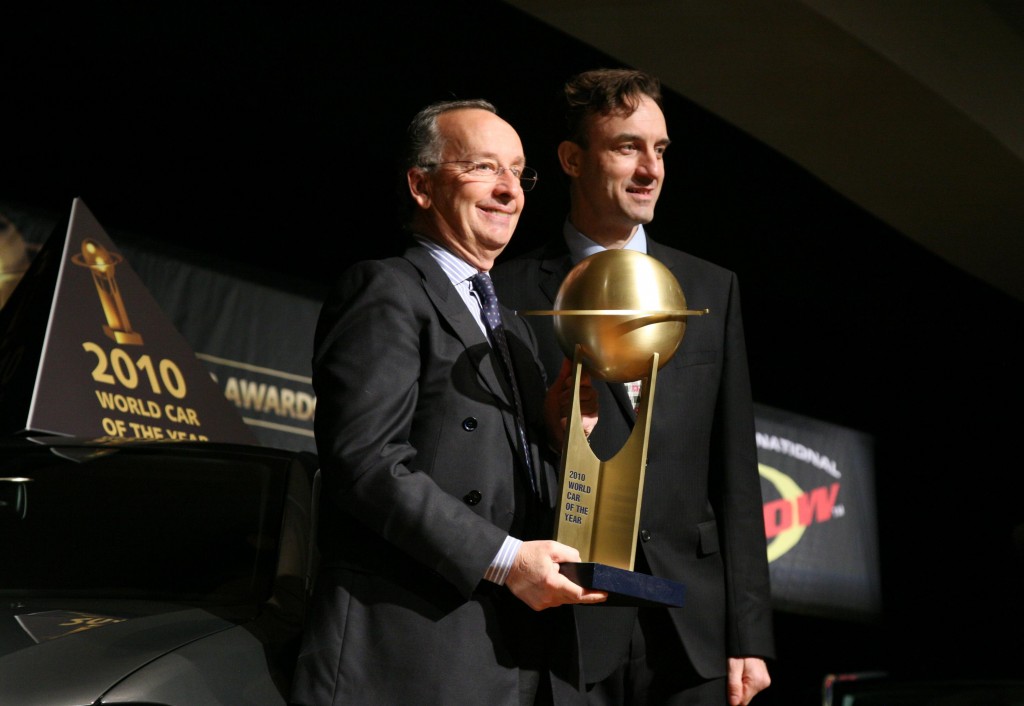 Prime Research International, a global leader in strategic communication research and consultancy is once again the World Car Awards’ research partner and will provide strategic reports in 2011 that analyze global automotive media coverage.

Now in their seventh year, the annual World Car awards have become one of the world’s most prestigious, credible and significant awards programs of its kind.

The awards are administered by a non-profit association, under the guidance of a Steering Committee of pre-eminent automotive journalists from Asia, Europe, and North America.  Peter Lyon (Japan) and Matt Davis (Italy) are the co-chairs; John McCormick (USA), Jens Meiners (Germany) and Gerry Malloy (Canada) are the directors.  There is no affiliation with, nor are the awards in any way influenced by any publication, auto show, automaker, or other commercial enterprise.